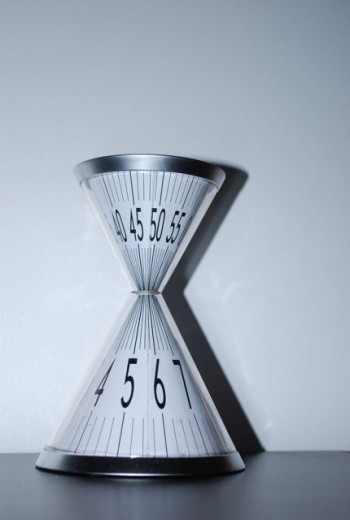 When I walked into work on my final day of employment, there was a box sitting on my desk with a note resting beside it.

Early in the industrial revolution, workplaces typically had no clocks. This was done to reinforce the concept that the company owns you and your time. Thus, on retirement, a watch was given as a token that the worker was given back his time.

My friend and coworker Craig Collins wrote this note to me, and inside the box on my desk was the clock you see in that picture. This is probably the most heartfelt gift I’ve ever been given. I feel as if I’ve just gone through some major right of passage — as platitudinous as that may sound.

As I’m going through this right of passage, I’ve been thinking a lot about:

Owning Your Own Time

Owning your own time won’t matter if…

There are a number of other pitfalls to watch out for, and most of these apply whether you’re employed of self-employed.

But no matter how deep the trenches are, there’s no other place I’d rather be. I’m rolling around in the mud of life and getting myself dirty in this messy business of living deliberately.

And there’s nothing else I’d rather be doing.