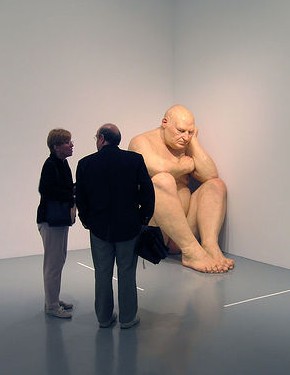 Within the social web, everyone wants to own a conversation. They want to be the person someone thinks of when they think of a certain topic, or trend.

On the other hand, everyone talks about the beauty of open-source conversation within the social web. Everyone contributes, everyone can chime in. Everyone pretends that no one really owns anything. “We’re all in this together” is the mantra of those who own branded spaces online.

For a long time, I’ve been thinking about this interesting phenomenon. Everyone wants their ideas to spread, but some people don’t like it when their followers become leaders within “their” conversation. Because they want to own the space. They want the deed to the conversation.

No one can own a conversation.

You can stimulate. You can lead. You can provide the vision and the platform. You might even have started the conversation.

But that still doesn’t mean you own it.

So don’t get hurt if your followers become leaders. Don’t take it personally if someone steals your limelight or improves your idea. Don’t feel threatened if someone else profits from your ideas.

We all borrow, we all steal. We all pretend at some point that we came up with it first. But no one did. No one really ever starts anything. We all stand on the shoulders of those who came before us. We’re all influenced by leaders, peers, followers, and friends. What we do is just a mashing of a million different ideas, filtered through our own unique perceptions, views, and conceptions.

So, if you think you own an idea… get over yourself.

An idea is bigger than you.

I should probably note here that I don’t mean it’s okay to blatantly rip someone off. But it is okay to be inspired by others, to share ideas, to mix, and meld.

And if you were obviously inspired by someone else, and what you’re doing looks pretty similar to what they’re doing… give them some credit. Your work might not have happened if it weren’t for theirs.

But let’s not pretend that any of us really own anything. Because we don’t. Our lives are temporary. We don’t own our ideas, we don’t even own our bodies.

Long after us, someone else will be living for the same reasons you are. They will be working toward similar things you are. A conversation, an idea, a principle is not constrained by space and time.

So remember, it’s not about who started it. It’s about what we’re doing with it.

Why not do something beautiful, and leave it for others to decide who owns what?