Last night our mutual friend Jon Giganti (who I met through Scott) texted me. “Did you hear the news about Dinsmore?”

I figured it was just something amazing that he did. He tends to always be doing or planning something epic. He got featured on Oprah probably, I thought.

I wish I could say that’s what happened. Two days ago my good friend Scott Dinsmore died in a freak accident while climbing one of the safest mountains in the world, Mt. Kilimanjaro. Last night I went to bed hoping it was just some crazy, fucked up hoax.

My friend is gone and he’s not coming back.

When I first met Scott, I didn’t want to like him. He was a young, successful, bro-ish kind of guy with a perpetual self-help kind of smile that made you wonder if it was just an act. But damnit, he turned out to be one of the most genuine, caring and down to earth people I ever met. He broke all the stereotypes I had about dude-bros from the beach that listened to Tony Robbins and had a privileged, middle class upbringing. I didn’t want to like him, but over time he became a great friend.

I remember when he first guest posted on my blog, it was called Illuminated Mind back then, and his was called Reading For Your Success. We both kind of grew up together online, and helped each other shape our brands and messages. When he rebranded to Live Your Legend he asked for my blessing, since he was being pulled to do similar work as I am. I was flattered, but knew that this follow your passion, live on your own terms thing was about something much bigger than us both. I had no idea at the time that his site would absolutely explode in the way it did.

Looking back, it’s easy to see why. Scott was an incredible human being, always giving, always humbly learning from everyone around him. No matter how big his blog became, he never acted like he now had it “all figured out.” 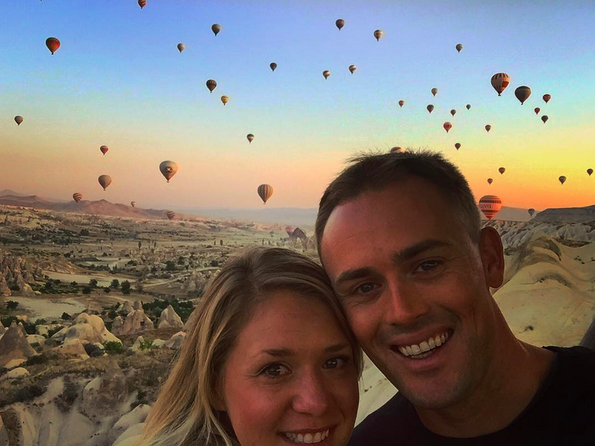 The kind of weird thing is that we never hung out a ton, at least not in the traditional sense. We exchanged emails, tweets chatted on Skype and hung out at WDS. I guess that’s how most of my friendships have formed these days, through the magic of this thing called the internet.

Scott, you died living your life to the absolute fullest. It fucking sucks that you’re gone, and I’m going to miss the hell out of your perpetual smile and your bro-ish style. You taught me that people are awesome and that you never know who some of your best friends might become.

My love and prayers go out to Scott’s wife Chelsea, their family and his friends. We’re here for you.

I’ll miss you brother. Thank you for inspiring me to make this precious, fading life count.