When I was a kid, there was a point where we had to go on welfare. My dad had just lost his job. We were dead broke.

Drinking powdered milk was one of my least favorite memories during that time. I’ll never forget the watered down, strange taste it left in my mouth.

My sisters and I wanted real food, and one of the hardest things for my dad to do was to let go of his pride and ask our church for help.

I think this was my first lesson about help: you only ask for it if you’re weak. 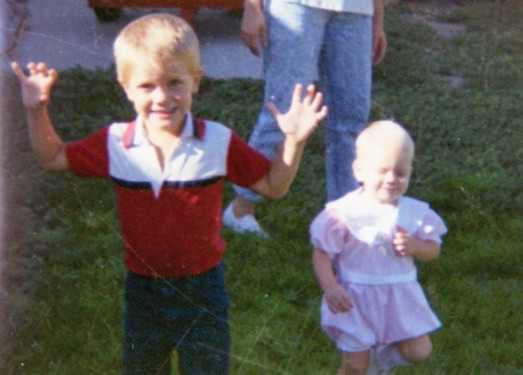 Of course, I don’t blame my parents for this. It’s just what we’re all taught in our hyper-individualist, do-it-yourself western culture.

What’s interesting is I’ve learned that there’s another shadow layer underneath this “help is weak” belief. Thinking that you can do everything yourself, says that you are too good for the help of others.

I know when I’m really honest with myself, I feel this way. “I don’t need help because I’m too good for that.”

But so far, this hasn’t served me very well.

For one, I think it makes everything I do 10x harder. And there’s reason for it, other than to prove a point.

There’s nothing to lose for me, or for you, but our egos and our pride.

So, here’s the bad news: there is no secret formula for getting better at asking for help.

This brings up another one of our biggest fears, that if someone says no, it means something about us. It means that we’re not worthy of being helped.

But this is nothing more than a giant assumption. Someone could say no for a thousand different reasons. They could be overwhelmed, they could have previous commitments, or they could just not be interested.

That doesn’t mean anything about you.

The way you get better at asking for help is not by judging how often you got the help you wanted. Success is making the ask. That’s it. If you had the courage to ask, you succeeded.

With that being said, there are some ways you can make better asks, and maybe that will transfer over into greater confidence in doing so.

Here are five ways you can make better asks.

1. Know what you want

This sounds pretty basic, but a lot of people aren’t very specific in what they ask for. “Can you tweet this article I just wrote? It will help me grow my small family business. Here’s a sample tweet for you.” is way better than “Hey, I just wrote something cool. Will you help me spread the word?”

It’s good to know exactly what you want, and make it easy for people to take action on it.

2. Be clear on why it matters and communicate that

If you don’t know why you’re asking, it will be hard for others to get on board. People are more likely to help when it’s something they believe is important. It’s your job to tell them why it’s important to you and others.

“Because I’m trying to not work 12 hours a week and have more time to spend with my family” is way more compelling than “It would help me a lot!

3. Figure out who to ask

This is a tricky one, because sometimes you think you know who to ask, but you’re really just afraid to ask them. Again, this is where courage comes in and just doing it.

A good way to get around this is to count to five. When you get to five, times up and you’ve got to ask.

We all know that we get better at whatever we practice. And if you’re a total novice at asking, you probably want to start with little asks.

“I’d really love to go see this movie tonight, how about it honey?” or “Would it be possible to get some extra ketchup?”

It’s funny how terrified some of us are at asking for things as simple as this. What’s the worst that can happen? That there’s no ketchup?

We all have our tender, more vulnerable areas. These are the places we’re most sensitive and are in turn, most afraid of asking.

Whatever you’re most afraid of, is probably what you need to be working on asking for help with the most. < highlight to share this

What I’m horrible at asking for help with…

I’m particularly bad at asking people to support my work. I’m working on building my new calling as a movement artist and teacher. I have been absolutely horrible at asking you for help with it.

So, if you’re interested, here’s what you can do.

1. Subscribe to my Youtube channel. Why? Because people are sitting way too much and it’s keeping us all from living the healthiest, fullest lives with our families.

2. Email or share this post with a friend. Why? Because I know you know someone that is afraid of asking for help (just look around you, practically everyone sucks at it).

That would really mean a lot to me, and will help me kickstart my new calling.

What part of your life are you the weakest at asking for help with?

Tell us your story.

And if you want to share this inspiration with someone that needs it, then pass this on.