My team and I have been hard at work (except for our Shihtzu, Sofie, she’s mostly been barking in her sleep) on the new Trailblazer member’s site.

We’ve been releasing a series of videos over the past few weeks, and shared the success stories of some of our awesome members.

In less than four days we’ll be opening the doors to the brand, shiny new site, but for now, there’s nothing to buy. So put away your wallet. :)

My heart has really been overjoyed by the flood of comments, emails and tweets about the videos we’ve been releasing. I’m really blown away and humbled by all of the kind words and support we’ve gotten from past members sharing this message.

I think it’s important to get this message out there that you don’t have to play someone else’s game, and you really can get paid to be who you are. I feel like this message is starting to resonate on a bigger level. 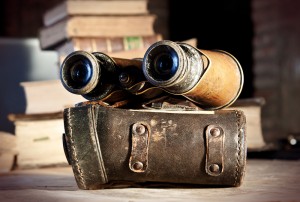 How to win a free membership to Trailblazer

I want to give two highly inspired people a free membership to Trailblazer. It will be tough to pick the winners, but ideally they should be a good fit for the product and be diligent implementers.

We’ll be reviewing all of the entries and making a decision within the next week.

Here’s how to enter:

We’ll choose the most compelling two responses and will announce the winners next Monday.

Also, please be as short and sweet as possible. It’ll make it easier on us to judge the entries.

If you like, you can also vote for someone else’s entry by leaving a comment on their entry.

Okay, that’s it! Leave a comment below to enter!

I’m looking forward to reading all of the responses. This should be really fun. :)

UPDATE: The Winners are Ben and Avery!

There so many great entires it was very difficult to choose. Thanks everyone for your submissions and congratulations to Avery and Ben.

Your passion and enthusiasm for working on your own terms keeps fueling us!