If you’re a misfit like me, the typical productivity advice just hasn’t worked for you.

You know what I’m talking about, the standard narrative of:

All of this advice is great, but it doesn’t work for the ADD stricken, creative misfit, right-brained tribe.

Don’t get me wrong, this stuff is awesome for certain people. I have many friends that absolutely thrive on GTD and the standard productivity hacks and tricks. But what if those don’t work for you? Are you hopeless? Are you a lost soul forever doomed to end each day with the same thoughts… “WTF did I actually do?” and “Will I ever be able to follow through?”

Absolutely not. Albeit a bit counterintuitive, there is another way.

But first, let’s get something out of the way:

You are not broken. These tips will make you insanely productive, even if all the standard advice hasn’t worked for you so far.

If the typical productivity hacks, strategies and methods haven’t worked for you, then perhaps it’s not your fault. Perhaps it’s the approach you’ve been taking that hasn’t been working for you.

One of the dumbest things I’ve tried (and maybe you can relate) is reframing my “To Do List” as a “Get To Do List.” In other words, trying to reframe all shoulds as wants.

The only problem is, I, like 90% of people, didn’t actually change what’s on the list in the first place. I just tried slapping the label of “want” on top of it.

Now, not only was I not doing stuff I wanted to do, but I felt like a fraud for trying to act like I was excited about it. I can’t think of a better recipe for massive resistance.

This article isn’t about trying on another productivity system (that clearly doesn’t fit), or attempting to put a square peg into a round hole. This is about counterintuitive approaches to getting shit done like a boss while not trying to make yourself into a robot. 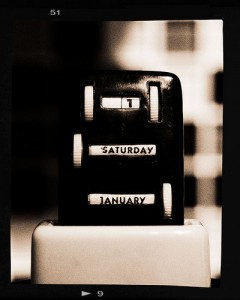 Most people try to make themselves into productivity robots.

We force quotas, lists and deadlines on ourselves as if we’re some type of Input Fuel, Output Work Machine. We are not machines, and we need to stop acting like it. Machines are steady-state output producers. Humans are ebbing and flowing organic beings.

Relax your expectations of constant, never-ceasing production. Instead, focus your energies on how you want to feel and what you need to operate with greatness.

Remember, we come from nature and are born from seasons. This means that we’ll naturally cycle inward and naturally cycle back outward. Sometimes we will feel drawn to reflect, meditate and grow internally with no outward signs of productivity or results. And sometimes we will feel an inescapable urge to create, shine and radiate our gifts uncontrollably to the world.

The key is in learning to identify and honor your natural rhythms. Listen and lean into whatever you’re being pulled to. 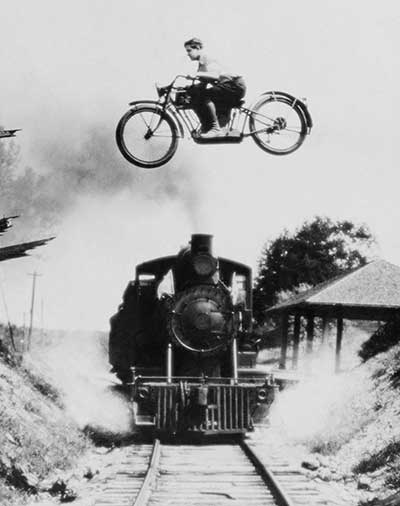 If you start your day writing down the stuff you think you should do based on patterns of what you normally do or what’s just a good business move, you’re immediately screwed.

Resistance creeps in. You feel trapped. You feel an immediate urge to put it off in favor of something more fun and interesting.

Realize this: People don’t procrastinate because they’re lazy. People procrastinate as a self-defense mechanism against doing stuff they despise or doing things too mechanically.

Instead, ask yourself What would I absolutely love to do and feel immensely proud of doing today?

Most productivity systems are built like crutches meant to prop you up.

They’re pushing you to do something that might be unnatural.

So what if instead of needing to be pushed, you simply focused on activities that pulled you and were hard not to do?

A good rule of thumb: The more productivity tricks you need to get it done, the less likely it is that it’s meaningful to you. Share 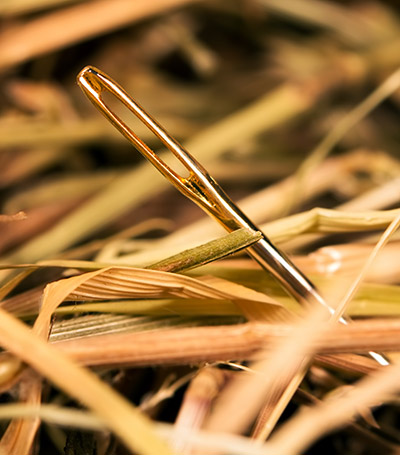 Counterintuitive Tip #3: Try to Get Almost Nothing Done

Instead, get insanely micro.

Focus on doing two minutes of important work on whatever it is you want to do. Set a timer and just do two minutes. Anyone can do two freaking minutes.

Starting and getting momentum is the hardest part. Getting insanely micro is the cure. 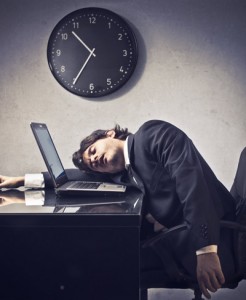 Counterintuitive Tip #4: Forget Everything You Know

We humans abhor the predictable.

Have you ever noticed that if you feel like you can predict what a speaker or teacher is saying, you immediately start ignoring them and doze off?

So whenever you begin a task, even if you’ve done it before, focus on changing your approach.

When you completely change your approach, you renew your excitement. 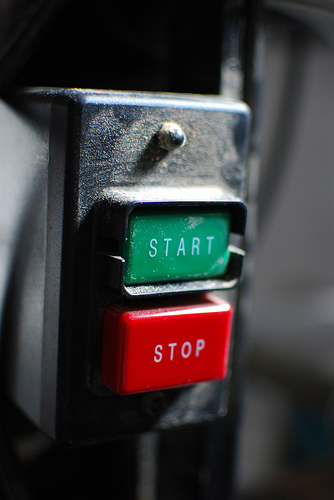 Counterintuitive Tip #5: Make it Painful Not to Do

Sometimes there’s shit you need to get done that you’re not going to jump for joy at the thought of.

Taxes are due. Your manuscript needs to be edited. Whatever it is, it sucks and it needs to be done regardless.

Trying to get excited about it is only tricking yourself, which makes you feel like even more of a phony.

Misfits are plagued by procrastination because we have no tolerance for doing things we don’t want to do. Share

But that doesn’t take away the fact that sometimes you need to get it done. And that can require a kick in the ass to do it. 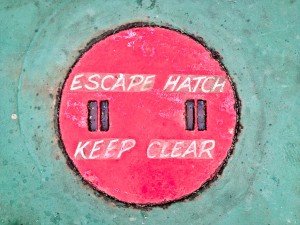 Counterintuitive Tip #6: Give Yourself Less Time

Stop measuring your self-worth (how much you get done) based on how much time you put in.

First, divorce your self-worth from your productivity. You are worthy no matter what.

Secondly, give yourself less time. Try getting everything on your list done by noon. You’ll be amazed at what you can do. 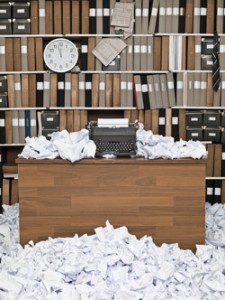 At the end of the day, what you’ve done and what you’ve accomplished is no where near as important as how you feel.

If you feel amazing, who cares what you did?

If you did something that’s meaningful, who cares how many things you checked off a list?

The whole point of being productive should be to do things that are interesting and meaningful to you so that you feel good.

If you don’t feel good at the end of the day, then what’s the point?

The final tip: Acknowledging your complexity

I’ll repeat the obvious: you are human.

The industrial and agricultural revolutions shifted human focus away from community and flow to production and measurement.

But our complexities and needs haven’t changed.

Just because you’re doing something that “isn’t productive” doesn’t mean that it doesn’t matter.

Just because something does not produce a measurable result, it doesn’t mean that it’s not productive. Share

When we’re able to change how we view value and what’s important, only then can we truly live fully.

We can honor both our gifts that create transformation, and the those that are beautifully unmeasurable.

Over to you: Have you ever felt like the typical productivity advice doesn’t work for you? Share in the comments.