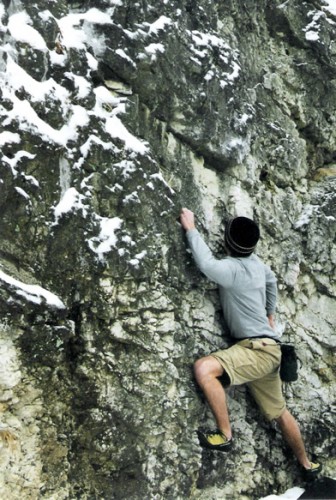 The beliefs you hold to be true make up the fabric of your experience. The stronger those beliefs, the more they seemunshakeable, and the more you will find evidence to support them.

What most people don’t realize is that the vast majority of our beliefs about the world are not really true “out there.” They are only true because we’ve decided they are, albeit we likely haven’t done so consciously.

Beliefs are formed through repeated thoughts, and the only reason they hold any weight is because you’ve decided or agreed that they are true.

There are a lot of collective limiting beliefs that you’ve probably agreed to:

And there are probably a lot of personally acquired limiting beliefs you’ve collected through your own unique experiences. Whatever the case, most beliefs are formed unconsciously, without our knowing about it. We didn’t necessarily decide to agree to these beliefs because we wanted to.

It’s not like one day we woke up and thought “Man, you know what would be awesome? To go out today and repeat a bunch of thoughts that are going to turn into hard and fast conclusions that will keep me from experiencing the life I want. Yeah, I think that’s what I’ll do today.”

That would obviously be ridiculous.

None of us want to keep these beliefs, but we either think:

In order to solve the first problem, we need to realize that what is often seen as “just the way things are” is, in reality, just a collective assumption. And because it’s an assumption, that means that we decided to agree to make that assumption as well, on some conscious or unconscious level.

In that case, we need to reclaim our power, and choose to stop agreeing. It can really be that simple.

When it comes to ingrained limiting beliefs, patterns, or habits, these can be a bit harder to change. Because we’re so used to them — and mostly because we identify with them — they hold a lot of weight in our experience. It can almost feel as if they’re immovable objects on our path.

Some common limiting beliefs are…

These things can seem daunting to try to change. And even when you do make a real, consistent effort, inertia is often just too hard to overcome.

Luckily, there are a few steps you can follow in order to make the shift to new, more empowering beliefs.

It might seem simple, but these are the basic steps to moving past any limiting belief.

They’re only part of it, though. In order to really integrate a new, more empowering belief, you’ll need to spend time cultivating it. And it can help to go through a structured process to dissolve the limit.

I’ve developed a technique that helps you rip a hole in the fabric of your limiting beliefs so you can begin unraveling the limit. Once it has dissolved, you can transform it into a powerful, self-enhancing belief.

You can download this free tool to help you overcome your limiting beliefs here.

If you think you could use some help moving past a belief that’s been keeping you from getting the results you want, then this will definitely help.

It’s time to say goodbye. Go here if you want to break your limits.