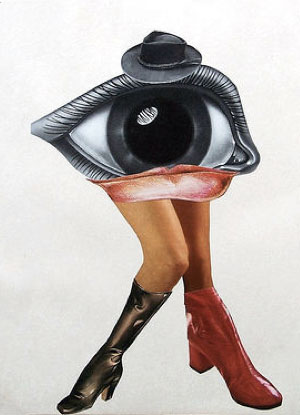 Being a serious person has its benefits.

I used to accept this way of living because whenever I told someone my dreams, the common response was “that’s not a serious way to live.” But that’s not completely true.

I accepted “being a serious person” because when I told myself my dreams, I would respond “that’s not serious.” I never had complete ownership of my mind. I was too busy trying to be a serious person.

But then there’s this other thing. This hint. This whisper. This quiet voice of desperation that lulls from some sedated yet unrelenting innermost part of your mind. The part that never gives up until the eulogy.

And it made me wonder: What if there was some other way to live? Some other back door or hidden path that led to complete creative control over your life. One that wasn’t serious at all, but was highly ridiculous

The more I followed that unabating quiet pull, I eventually found…

The Art of Being Highly Ridiculous

Ridiculous people have something figured out that other people haven’t quite grasped. They wear a subtle, almost undetectable smirk that makes you think they’re about to make some kind of mischief. They probably are. Mischief is what they like best.

The truth is, ridiculous people aren’t ridiculous at all, they just seem that way to the people that are always trying to be serious. They seem unruly and careless because they’re not following the common template. They are obviously out of line, and that is most alarming to the serious tribe.

The reason most ridiculous people end up embracing this path is because they realize the bullshit false dichotomy of legitimacy and seriousness. In other words, they know that just because something is considered a “serious” or “approved” pursuit, it doesn’t mean it’s worth doing. They follow their hearts and leave it to other people decide whether they’re serious or not.

Ridiculous people that I admire

There are quite a few people out there that have consciously chosen to be ridiculous. These are just a few of those people I respect and admire.

These people aren’t the only ones I know on the same path. I’m lucky enough to be a part of an incredible community of people here that have chosen to live deliberately. Even though I have weirdo syndrome, it’s good to know that I’m not alone.